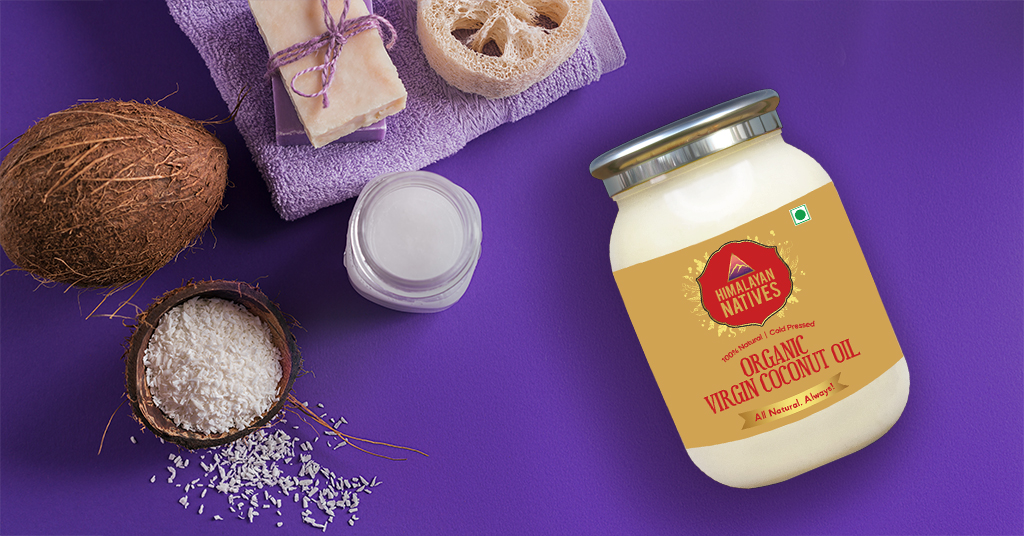 Coconut oil is one of those few staple ingredients that most if not all kitchens have. It is commonly used in cooking and has various other everyday uses as well like for hair application and skin rejuvenation. There are different kinds of coconut oils depending on the method of preparation and what part of the coconut they are extracted from. Let us take a look at what coconut oil is, its types and what it consists of!

What Is Coconut Oil?

Coconut oil is the oil that is obtained from either the meat part of the coconut fruit or the coconut milk. Consumption of this oil is considered to be extremely beneficial for health. Although coconut oil has a very high level of saturated fats (83%), these are medium-chain glycerides (MCTs) which means that they go directly to the liver and burn in the form of energy instead of being stored in the body as fat. They may also raise the metabolic rate slightly. Due to these MCTs, coconut oil is considered a healthy addition to your diet when consumed regularly, depending on its manufacturing process.

What Is Virgin Coconut Oil?

Unlike refined coconut oil, virgin coconut oil can be obtained from fresh coconut milk, meat, or residue. Extracting it from the fresh meat consists of removing the shell and washing, then either wet-milling or drying the residue, and using a screw press to obtain the oil. Virgin coconut oil can also be extracted from the meat by grating and drying it to a moisture content of 10-12%, then using a manual press to extract the oil. Producing it from coconut milk comprises scraping the coconut and mixing it with water, then squeezing out the oil. It can also be prepared by fermenting the milk for 36–48 hours, removing the oil, and heating the cream to remove any remaining oil. These methods of extraction ensure that there are many health benefits to consuming Virgin Coconut Oil, including retention of MCTs for better metabolism and as a weight loss aid.

Due to the tough and heated conditions under which the oil is extracted from the coconuts, refined and topical coconut oils lose their essence and virtue. Depending upon the type of material, extraction methodology, and compositions, the oil’s structural consistency varies since not every coconut is the same. Refined coconut oil contains trans fats (bad cholesterol) due to hydrogenation while virgin coconut oil consists of good cholesterol and is rich in medium-chain fatty acids, and contains almost negligible amounts of trans fats. Additionally, refined coconut oil is flavorless and has a higher smoke point than virgin coconut oil.

One of the best things about virgin coconut oil is that it can be used for several things, the most important being cooking. It is especially good for frying, toasting, or sauteing purposes at a high heat due to its high smoke point. It can be used to deep fry or bake without the added concern about excess calorie intake or weight gain. Another popular reason for using coconut oil in cooking is the change in flavors, to include more of a coconutty flavor and aroma. This gives a rebirth to an old dish without having to change the recipe at all! Here are some classic recipes that use virgin coconut oil:

This delicious dessert is a healthy option for those watching their calorie intake as it makes use of vegan ingredients and the crust comprises toasted oats that have been lightly flavored with virgin coconut oil. The coconut oil is a healthy alternative to a heavier fat such as butter and adds a fruity aroma to the chocolate sweetness.

Ingredients for the Crust:

Ingredients for Filling and Assembly:

This pancake recipe is different from regular pancakes as the coarse texture of the oats and aroma of the virgin coconut oil elevate the flavor profile of this dish. It is also much healthier due to the nutrition provided by oats and the healthy fats from coconut oil.

Virgin coconut oil is an extremely healthy addition to one’s daily diet and is a common ingredient in everyone’s pantry, plus its uses are way beyond just cooking. The method of preparation of virgin coconut oil preserves the nutrients and healthy fats of the oil much more efficiently than when it is obtained through refinery processes. The cold-pressed method also ensures that the healthy fats in coconut oil remain unaffected and contribute to important bodily functions. Virgin coconut oil can be used in many ways to add flavor to dishes while avoiding the unhealthy effects of using fats while cooking/frying. These recipes are a few examples of ways in which coconut oil can be used to elevate the flavor of a dish while not compromising on health. Try these recipes at home and let us know how you like them!